Listen. Can you hear that? Tick, tock, tick, tock… The clock spring unwinds and each swipe of the pendulum is like a 50,000 volt charge to your frost-protected nether regions. Get off your ass – tick, get moving – tock, get something finished for crapsake – tick. Time is wasting!

This particular time of year I have a chance to practice the Art of Procrastination. Don’t get all judgey-judgey on me. The powerful magnetism of procrastination gets an unfair rush to condemnation based on a lack of appreciation of the finer points of the Art.

Properly executed procrastination puts you in control. You determine when a project, from yard work to a novel revision, earns your attention.

Procrastination gives you the power to prioritize. With the patience of a Zen Master, you are able to see through the fog of deadlines, demands and the maze of Gantt Chart tasks. You pick off the low-hanging fruit of your workload, enough to keep moving forward and barely enough not to get canned. You have found the sweet spot.

Inside the protective bubble of the procrastination sweet spot, you discover the power to make time stand still. Or, at least slow down. Untrained practitioners of the Art may feel this sensation as the work day dragging on. But the the Procrastination Master possesses the power to make the grains of salt in the hourglass swell with potential, clogging that tiny little choke point in the middle of the timepiece. Slowing the perception of time allows purposeful action, even if that action is to take no action. Sounds like Sun Tzu?

Active Procrastination positions the Master to achieve the highest adrenaline rush from each task. Completion of every mundane detail on time is an Orwellian nightmare with no possible escape from boredom, burnout or a lifetime of widget whittling. Every small accomplishment, balanced on the razor’s edge of flaming failure, brings an intense happy dance satisfaction. The Master has achieved enlightenment and finds his high with each new task completed. He is also willing to wave that flag of accomplishment in the face of the corporate drones around him. He does this to show them The Path. They interpret his display as a boastful petty show off who won’t be invited to the next office party. Alas, they are not yet practicing the Art.

The Art of Procrastination is not for the faint of heart. One must fully commit to the practice. Half steps, or backsliding into submitting work ahead of schedule, not only smack of ass kissing, but prevent the adrenaline rush the Novice could have earned by waiting. This upsets the balance in the universe and rather than achieving the Master’s procrastination bliss, the Novice is left feeling like a crack addicted hamster on a wheel to nowhere. His potential will not be realized.

Did I mention that Procrastinators have our own Super Hero? 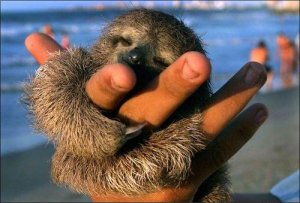 Come join us on the Path of Enlightenment and make procrastination your bitch. You don’t know what you’re missing, until you purposefully miss it.

How about you? Any methods you’ve used to harness your inner procrastinator?