Is Your Bucket Full?

Have you had a sensation, deep inside your brain and you’re not sure if it is a impending migraine or a minor league epiphany?

It is that split second when you get a flash, and instead of the pain, you are left with this little infertile kernel of an idea. The thought, by itself isn’t much and you wonder, what the hell am I supposed to do with this?

Through my exhaustive research and minutes of reflection on the subject, I have determined that this malady is called, Brainfill. Brainfill impacts millions of people every year, yet you won’t find a telethon, or Go Fund Me account linked to this terrible condition. Brainfill is aptly named for the primary symptom experienced by those infected – the brain becomes full. The sufferer cannot cram a single scrap of data, not one more trivia fact, or tidbit of information into their neural networks. 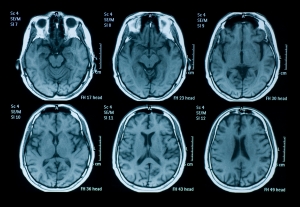 This is your brain on crap

The brain is a bucket, some deeper than others, designed to collect and hold memories, facts, anniversary dates and important stuff, like where the hell you left your car keys. When that bucket is full, the brain juice overflows and slops out of your bucket to let the new information in. So, you are able to know your Dole banana was harvested from farm #587 in Ecuador, but the memory of the spot where you parked your car in a five story garage is gone.

Some believe that a government conspiracy is responsible for Brainfill, constantly bombarding us with useless data, cat videos and Kardashian “interviews,” to dumb down the population. Mind numbed Brainfill sufferers are easy to manage – fill ’em up with useless fluff and send out some hashtag on Twitter to tell them where to go.

How else can you account for the inspection sticker in you pants pocket, hum? Do we really need to know your jeans were inspected by Number 43? Has that little factoid ever proved relevant in your life? Do I really need to know that my tortilla chips are Vegan, Kosher, Halal safe and approved by some Association of United Tortilla Chip Workers Union? More stuff to overflow your bucket. Contract fine print, the fifteen pages of side effects for your allergy medication – bucket stuffer. The FCC controlled airwaves beam a bucketful of who wore what on some red carpet shindig? Really? That’s what you want to file away in your Grey Matter? Government sponsored mind control? 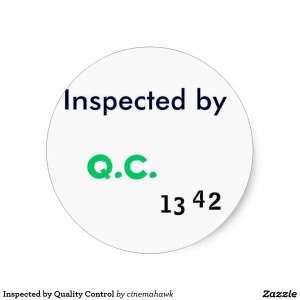 The only cure to this horrible condition is to regularly dump your bucket, like the septic tank on an RV. You can’t put anything new in your bucket until you get rid of all the useless crap taking up precious space. That means no new stories, no great inventions of the next century, and no new relationships unless you dump that sucker. Think of it as Spring Cleaning for the brain. If you haven’t used it in the last six month, dump that sucker and make room for new good stuff. Cousin Eddie, summed it up, “The shitter’s full.”

What it feels like when your brain is full

It may not mean anything to you now, but know it’s coming. That day when you can recall the drink by date on that six pack of beer in the fridge, but your wife’s birthday is a little fuzzy. Or when you can regurgitate batting averages from 1965, but you refer to your kids as Hey You and Whatshisface. Then it is too late.

We all have busy lives, chock full of potential bucket stuffers. Creeps at work, Twitter feeds, Facebook, Pinterest, book research, gossip, Netflix – all of it competing for space in your head. Your day of reckoning is approaching. Do yourself a favor and follow Cousin Eddie’s example – go dump your bucket make room for the good stuff to come.