Was it A Comet or a Conspiracy?

I saw a comet last night.

At least that’s what I’m supposed to think. The timing was suspicious. And the government (with a lower case g) was quick to respond to the sightings and report them as a meteor burning up in the atmosphere. Now, I ask you, when has the government ever–ever been so responsive on anything? The IRS, DMV’s of all stripes, Social Security, and the bureaucratic minions who process unemployment claims are not exactly monuments to efficiency and quick action on behalf of We the People. So, what’s with all the sudden rush to get information out?

I smell a conspiracy here. Anyone remember the scene from Men In Black explaining a strange sighting to someone who just got the bright end of a flashy-thingy? Swamp gas and a weather balloon?

What is it that’s going on that the higher powers needed to distract us with something shiny? Like a poor excuse for a street magician on Venice Beach someone used misdirection to make sure we didn’t see the subtle manipulation going on out there. The government sponsored version of GOB Bluth from Arrested Development…

Depending on your conspiracy theory of choice, the mysterious sighting of a bright light in the night sky could have come from a number of sources, none of which involved a meteor as government sources would have you believe. I have combed the vast dark reaches of the the web and come up with a few plausible explanations for the atmospheric display.

1.      The display was the burning remains of a Chinese rocket booster. The government didn’t want the public to panic over foreign ballistic material falling from the heavens.

2.     The lights were actually the brake lights from an extra terrestrial craft. They slowed down and took a look at the state of things on the planet, then pumped the brakes and made a U-turn back to the cosmic homeland. There was no intelligent life found on the third planet from the sun.

3.     The lights were from a distress flare from the International Space Station signaling they’ve run out of toilet paper. Imagine the horror.  Open the pod bay doors, HAL. 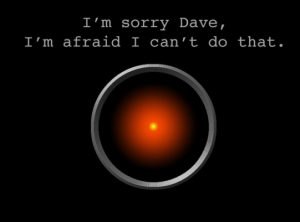 4.     The bright light was the destruction of a North Korean satellite by a super secret space weapon operated by the Agents of S.H.I.E.L.D. Hail Hydra…

5.     The streaks of light were actually tears from a communication satellite after Kanye West uploaded another album to Tidal.

6.     The fireball was a methane burn fueled by two week’s worth of political conventions. All that bullshit has to go somewhere. Yeah, I’ll choose this one.

Or, it could have been just a meteor–and the beginning of watching the world burn. 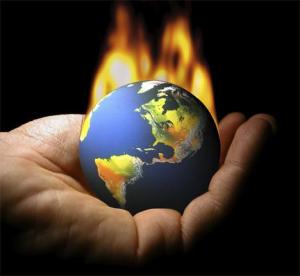 image from crooks and liars.com

← At What Cost Sneak Peek
Getting Twisty With It →