Paying Gang Members to Not Pull the Trigger

I’ve talked about Sacramento crime here before and how we seem to be the birthplace of violent crime and most notably, a magnet for serial killers. The Violent crime rate — which includes the number of homicides, rape, robbery, and assault — was 716.3 per 100,000 people in 2016. Nationally, the violent crime rate was 386.3. In 2015, Sacramento topped the FBI’s list of cities that saw an increase in violent crime. There was a 2% drop in violent crime in 2016, but the city is still way above the national average.

Recently, the Sacramento City Council took a controversial step to address the plague of gun violence that infects the city. On August 29, 2017, the City Council voted unanimously to commit $1.5 million dollars to a program targeting 50 men who are believed to be responsible for a majority of the gun crime in the community. The $1.5 million “city dollars” will be matched with another $1.5 million of donated contributions to fund the program, called Advance Peace. The program is being considered in Stockton and is in place in Richmond, California. There is no long-term data to show positive, or negative outcome, yet the city pressed forward and completed preliminary contract negotiations this week.

The program offers mentoring assistance for the gang members, developing life plans, and the most controversial component is a cash stipend of up to $1,000 a month for working toward the life plan goals and a promise not to commit another gun crime. The payments are capped at $9,000 per gangster per year. But if you do the math, 3 million targeted at 50 trigger-pullers = $60,000 per participant. That seems to be quite the overhead cost. 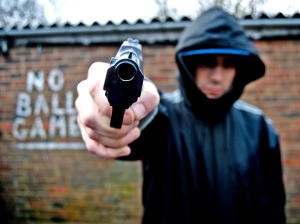 I agree that programs and social services are needed in the targeted communities. Mentoring, job skill development, and encouraging at-risk youth to stay in school are valuable and traditionally under-funded efforts. When you couple that legitimate service need with paying people not to shoot one another, I think we’ve lost something.

Not shooting someone should be a basic human behavioral expectation. Should we pay someone to not get caught? It seems morally off-center to me. Granted, my lens on this subject is not from within that socially disadvantaged community, but there are existing community programs that could provide the social services to these young gang members without the mixed message of “We’ll pay you not to shoot someone–as long as you don’t get caught.”

From my perch, a smarter investment would have been funding existing community programs for employment, education, social services, substance abuse, community policing and shot spotter technology. My experience has taught me you get the behavior you expect. If we fund a program that uses “don’t shoot–don’t tell” as it’s foundation, we may have missed an opportunity.

← Prison Trivia
BURY THE PAST Release →