With the disappearance of Natalee Holloway from Aruba, in May 2005,  media accounts of the search, reports of the girl’s last known location and focus on the  suspect,  Joran van der Sloot,  filled the airwaves, 24/7.  The Caribbean region was awash in news updates, press conferences after failed searches and a constant stream of photos of the missing 18 year old.  The saturation coverage of the disappearance created a phenomenon called, “the missing white woman syndrome” and had major network news outlets firing at one another for too much or not enough coverage.  CNN’s ratings went up 60 percent in the months they covered Natalee’s abduction. If Natalee was a local island girl, would there have been as much coverage?  We would never know, because a bigger news story pulled the news media away in August 2005, Hurricane Katrina.  And with the passing of a storm, Natalee Holloway became yesterday’s news. 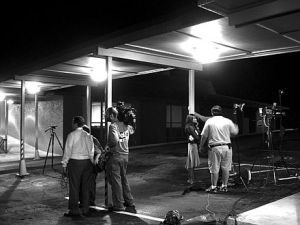 I traveled to Jamaica before and after the media’s jaundiced eye abandoned the search and noticed that island officials paid little attention to similar crimes in their country. There were plenty of accounts involving abduction and human trafficking, but the island’s law enforcement resources were out-gunned and out numbered.  Violent gang crime, primarily  in Kingston and Montego Bay, pushed the murder rate to the 4th highest in the world, and the worst among Caribbean nations in 2010.  Police were locked in a battle for survival.  It wasn’t an issue of ignoring the trafficking networks on the island, the government felt powerless to do anything about it.

The result was a virtual human trafficking incubator, where criminal networks gained a foothold, preying on the young, the isolated and the weak.  An economy depending on tourist dollars can’t afford too much negative press before fear takes the income to some other “safe” resort destination.  After the country’s status dropped to a Tier 2 Watch List of nations, the government finally took action. 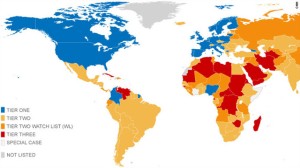 In recent weeks, the Jamaican Legislature passed a series of tough new laws aimed at discouraging human trafficking. and expanding the definition of crimes included in trafficking.  Hefty prison terms of 20 years are now provided for persons convicted under the new Trafficking in Persons Prevention and Suppression Act.  An additional 10 years can be added for other crimes while involved in trafficking, such as rape, child pornography and debt bondage. 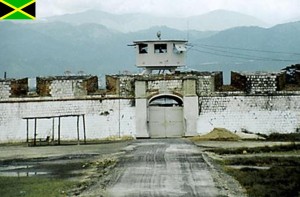 The potential of 20 years or more in a Jamaican prison should serve as a deterrent, but only if the law is actively enforced.   For the law to become more than words on a page, traffickers must be apprehended, prosecuted and convicted.  Jamaica does not have a track record to inspire confidence – not one person has been convicted for human trafficking on the island.

My fictional account of human trafficking on the island rubs against many of the obstacles those caught in the real web of trafficking.  It is my hope that the Jamaican people seize the opportunity to eliminate this form of modern day slavery, so that stories like mine don’t reflect the real-life loss of another Natalee Holloway.