What is it about this time of year that drains the life force right out of your soul?  I’m talking that empty bone marrow feeling that hits every Black Friday and won’t stop leeching at your jugular until the week after New Years Day.

Little known scientific research has recently discovered that there is a virus, H31-T-C25 (Halloween To Christmas) spread by human-to-human contact. The symptoms of this viral scourge make ebola sound like a pleasant afternoon in a day spa. This pathogen makes people who are typically sane (self reported) make poor decisions, exhibit uncharacteristic behavior and uncover latent violent tendencies. 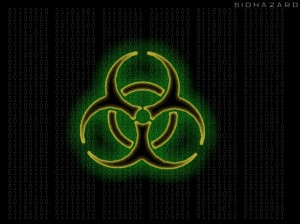 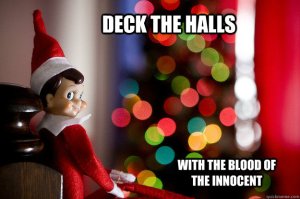 This infection is widespread and while it seems like it would be a fatal disease, it runs its course and the infection dies down, usually when the first credit card statements roll in.  The infected often don’t remember the purchases made under the influence of H31-T-C25.

When you face the hordes of the infected this season, try to avoid contact because the virus is highly contagious.  The Walking Christmas Dead are out there – use caution and Seasons Greetings.