The Real (Maybe) Story Behind The North Korean Cyber Attack

I’m not going to get on a political stump and bemoan the decision to cave to the terrorist’s demands. The wisdom of letting a petty tyrant dictate our freedom of expression has been debated to death over the last few days. Instead, I will unveil my covert intelligence operative, a man on the ground in North Korea to give us the unfiltered and unvarnished truth.

Me:  Very well, Ho, Why is the North Korean Government all twisted up about the Sony film, The Interview?

Ho:  It ain’t what you think. Nobody around here cares that the movie is about killing the Dear Leader. They’ve been assassinating rivals and family threats here for decades. They’re upset because Sony Pictures lied to them.

Ho:  James Franco! That was supposed to be Dennis Rodman’s part. You know how they love that dude over here. When Kim Jong Un got wind of James Franco getting that role, he snapped. 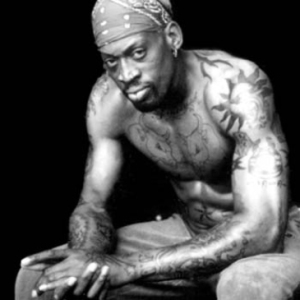 Me:  Why the cyber attack?

Ho:  That was accidental. Kim needed to blow off some steam, so after incarcerating up another 10,000 suspected political dissidents, he sat down and got into a game of Grand Theft Auto (The original, because that’s new here). Then after beating down a few carjacking victims, his PS2 locked up. His Sony Playstation locked up.

Me:  Wait, you’re saying the Sony cyber attack was a result of the North Korean dictator losing a video game?

Ho:  That’s a big deal over here. Kim isn’t supposed to lose, ever.  No one tells the Dear Leader he can’t play his game and that’s what Sony did.  Luckily, a few older, more stable heads, in the government kept Kim away from his second favorite game, Missile Command.

Me:  Who created the computer virus that wiped Sony’s computers and released thousands of private e-mails?

Ho:  There wasn’t a virus. You gotta remember where this came from. They don’t have much computer virus development capability in the North. Kim ordered some take out Kimchi from a mom and pop kitchen near Pyongyang, so he could eat his feelings over the whole deal. The take out menu was inadvertently picked up in an NSA snooping program – and the rest is history. 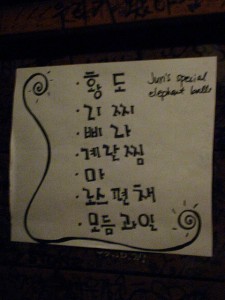 Me:  The released e-mails? The Sony data wipe? From a take out menu?

Me:  Unbelievable. There’s talk of a U.S. response to the cyber attack, something commensurate with the nature of the Sony breech and threats against those who attended screenings of The Interview. What’s your take?

Ho:  You have to remember that North Korea is isolated, paranoid and half the country is starving. At great personal risk I have obtained the plans to the country’s power grid. There are only two extension cords coming into the Hermit Nation from China. Pull the plug and the Tiny Tyrant will be cut off from his video games.  Then, the people might have a chance.

Me:  So, it comes down to “Play nice and we’ll let you have your video game time?”

Ho:  You can throw in a Dennis Rodman appearance in to sweeten the deal.

Me:  Our government can claim to “Hit the reset button” on relations with the North.

Ho:  Sony was never going to release the movie. It sucked without Rodman.

I think it’s time to unplug for a while. I’ll await a black North Korean helicopter, or a Kimchi take out menu in my e-mail inbox.

Kim is not amused