Have you been around that person, the one with the brain that operates on an entirely different level than the rest of us? This guy (or gal) is the one doing their sudoku puzzles in ink along with their morning herbal tea. They are the ones who do math equations for the fun of it and develop solutions to global social problems on the back of a Starbuck’s napkin.

These folks are irritatingly smart. Smart to the point that we underachievers feel like set decoration in their lives. They don’t need us, we are the background noise they begrudgingly tolerate. For the most part, these big brains go and do great things for humanity, like develop cures for diseases, grow food supplies for the homeless and put potato chips in a can.

All this creative talent and out of the box thinking isn’t without a dark side. If the sociopath switch flips on one of these people, you’ve got someone posing a huge threat to us innocent, law abiding little brains. As my brothers and sisters, whom I worked alongside, in Calfornia prisons can attest, these guys put their considerable talent to work behind bars too. 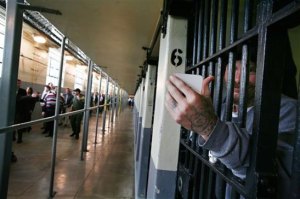 Now for some of you, this may be a bit of a shock…

Prisoners, especially gang members, do bad things in prison. One particular guy, let’s call him Mike, was a fricken wizard when it came to making weapons for the Aryan Brotherhood. He made spears out of toilet paper, cut metal shanks out of his bed frame, made a high powered bow and arrow out of his underwear and developed an electric metal cutter with a couple of wires from his television and a cup of urine. Mikey always had a weapon on him.

Where does one hide these contraband items, you ask? (You’ll be sorry you asked) Each convict comes equipped with a self contained storage system. If you need to move contraband from one area of the prison to another, without getting caught, you need a place to hide it.

Yes, that’s right. The convict will use his skin wallet, or keister, to stash his important belongings. Balloons of heroin, gang messages, weapon stock, and fully formed stabbing implements are shoved up their poop chutes for safe keeping. Sometimes, the convict will tie a small piece of string on the contraband and give the string a little tug to retrieve their “booty.” (Yes, I said booty). A glamorous part of the prison staff’s job is an unclothed body search, and it’s not uncommon for a little thread to poke out from the prisoner’s nether regions.

The more you can pack, the better. Another inmate, let’s call him Red, had secreted a small pistol in his “fanny pack,” to use in an escape attempt. The next time he felt he needed to pack a larger punch and when inmates want to increase their “load,” they do what Red did. Red stretched his rectum with practice, holding onto deodorant sticks, hiding them in his keister. While he did increase his payload capacity, the deodorant sticks were surgically retrieved, after they became irretrievably lodged in his digestive tract.

An inmate named Bobby went on a hunger strike over what he considered harsh conditions. He got some local news coverage over his plight. As I recall, he lost quite a few pounds in his struggle against The Man. The real story was that Bobby had figured out a way to remove the rear cell window, and if he lost enough weight, he could squeeze his emaciated hips though the six inch window space. He forgot to measure his head. His skull was seven inches. 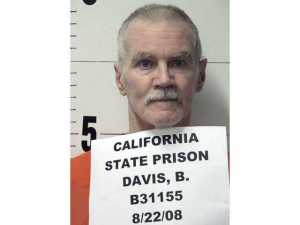 50 shades of grey matter. Sometimes it doesn’t pay to be a big brain…

← A Dented Can Is A Good Thing
Is Our Guest Room Ready? →
Follow James L'Etoile on WordPress.com