Where Does The Darkness Come From?

There is something mysterious about the origin of darkness and it is so much more than the absence of light. This darkness comes from within and infests the soul.

We seem to be witnessing a rising darkness around us. Shootings, bombings, beheadings and child abduction, all carried out in the name of what? An column inch of news coverage? A threat? Hate? Extortion? The common thread is the exploitation of fear.

Where did the seeds of darkness come from? It’s not like you can traipse on down to the local Green Acres and get a package of hate seeds. But they can be harvested and grown. Remember the closing scene in It’s a Wonderful Life, where the little girl says “Every time a bell rings an angel gets its wings?” 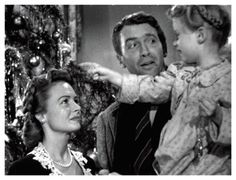 Every instance where we allow the dark seeds to sprout, in the form of bullying, intolerance, or violence against the innocent, the roots of darkness take hold. Soon, it becomes accepted as a norm, where violence is a part of life, like earthquakes in California, or Hurricanes in Florida. 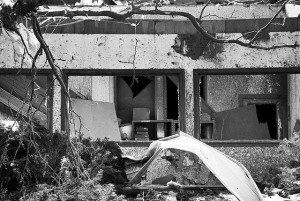 image from the auto witch via flickr creative commons

So, how do we get out of this death spiral? I wish it were as simple as spraying a caustic hate herbicide on the little seeds before they sprout. What could we have done to prevent loss of life and days of looting in Ferguson? What could we have done to short circuit the Boston Marathon bombing? Or the assassination of New York City cops? How about the mass murders in a French magazine office?

These aren’t simple questions. Cultures that have grown accustomed to violence to get attention to their condition, or “cause” will continue to feed on the fear they sow until we all refuse to buckle under to these fear-mongers.

The fear-mongers are not limited to those who support and carry out the acts of hate and violence. Those who feed and foment this type of unrest to make a buck, or get a headline, are bottom-feeding leeches, who keep the fires of fear smoldering.

Take away the fear and you extinguish the flame, The best example I’ve seen is the mass assembly of Parisians in the aftermath of the Charlie Hebdo attack. Thousands of people gathered to mourn the loss of life, but also to stand against the threat to free speech. Powerful stuff. 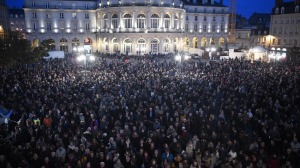 This is not a religious issue, nor a racial one, it is a human issue. If we back down, where will the darkness stop? 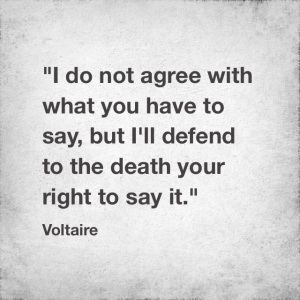 ← Yet Another Sign of the Hipster Apocalypse
Human Trafficking Awareness Month →