Writers and Serial Killers have more in common than you think.

I binge watched (yes, I should have been writing – consider me scolded) the first season of Hannibal this week, something that I’d put off for a while. The Thomas Harris novels, Red Dragon, Silence of the Lambs and Hannibal were gripping and the movie persona of Dr. Hannibal Lecter was so perfect, that anyone other than Anthony Hopkins just wasn’t going to work.

Or, so I thought. 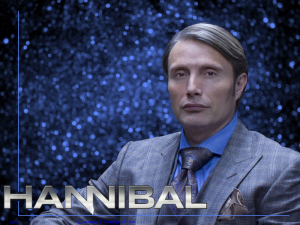 Mads Mikkelsen plays a younger Dr. Lecter in a timeline before Red Dragon. Hannibal is cruel, sadistic and gets off on watching the people around him crumble and self destruct. In addition to his cannibalistic predilections, Hannibal plays the other characters like a puppet master. FBI investigator Will Graham goes slowly insane and victim Abigail Hobbs is psychically driven off a cliff under the good doctor’s care.

Then it hit me. Isn’t that what we writers do with (to) our characters? We shake them up, like hunks of fleshy dice and toss them out to see what happens. Authors plot, manipulate and plan the demise of many a character and revel in the bloody aftermath.

Granted, romance and young adult authors may not leave a path of wanton destruction in their pages, but thriller, mystery and noir writers leave a blood trail. Not every author goes about their “wet work” the same way, just as serial killers have their own unique signature.

So, which serial killer best embodies your writing style?

The Federal Bureau of Investigation recognizes three main categories of serial killer according to their planning, the Organized Killer, the Disorganized Killer and the Medical Killer.

The Medical Killer is the author who devises a neat, tidy little murder. The death may appear as a natural cause, by illness or disease. But, this author lets their characters loose as an Angel of Death, running amok in hospitals and nursing homes where victims are supposed to be safe. Poisonings, mercy killings and unexplained heart attacks rule here.

The Organized Killer is the author who is a firm plotter. Not one bread crumb dropped on the trail to trip up this character. This writer delicately weaves a storyline, where victims are stalked, watched and the exact moment of the kill is planned, planned and planned again. The Organized Killer Author doesn’t leave bodies behind. The characters (and their authors) often live two different lives, one respectable and professional, while another side of their personality is planning how to bury another body in the crawlspace of their grandmother’s house.

The Disorganized Killer is an author who embodies the “pantser” methodology in their work. The kill is as much a surprise to the reader add the author. Victims are random, and the characters won’t see it coming. This author builds ups character’s like-ability only to snuff them out if the whim strikes. The Disorganized Killer Author starts out with a general premise, but the trail of destruction is unpredictable and the number of kills depends on the author’s caffeine intake that morning. Do not get in the way of this author as you will find your likeness meeting a painful, violent death. 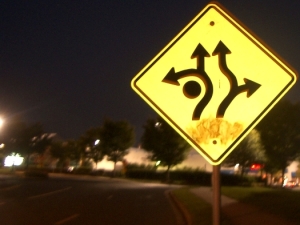 I tend to fall into the latter category. I let my characters run where they need to go and sometimes, their behavior isn’t the kind that plays well with others. The unpredictable nature of characters make them harder to catch, but more fun to write.

So, what kind of Writer Serial Killer are you?

← A Survival Story
How Real is Too Real? →
Follow James L'Etoile on WordPress.com