How Real is Too Real?

Something I’ve been stewing on for a couple of years, is the bridge between reality and your fiction work. The rule is that you have to keep your reader in a state of willingness to suspend belief.

So, here was my dilemma. I worked in and around prisons for over twenty-five years. I’ve seen what happens behind the walls, and how men serving life on the installment plan do desperate things to beat the system. And, yes sometimes bad things happen.

I’ve witnessed countless stabbings, a few riots, and unfortunately assaults against my fellow correctional staff. Prison is not a nice place. It’s not supposed to be. Even at the minimum security level, which are the lowest risk inmates, bad things happen. Like escapes… 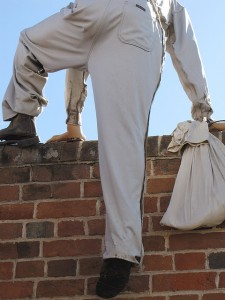 I wrote a fictional account of an escape from a minimum support facility. There is no fence at most of these low security prisons and all my fictional character needed to do was remove a window screen and drop down outside the building.  A few hundred yards from freedom and off my character goes to do bad things. Decent premise, or so I thought…

The manuscript went off to a publisher and I’ll be the first to admit that the novel was sent out too soon. It needed some editorial working and adjustments that detracted from the story. But, the publisher focused in on the seemingly easy escape from prison. “That can’t happen,” or “He is in prison, so he can’t just walk away.”

Well, fact is, they can and they do. In California alone, 19,342 prisoners escaped from custody since 1977. Granted, many are recaptured very quickly and housed in more secure settings. What seems to be happening are two things; 1) The public doesn’t want to know what’s going on behind the walls. (out of sight out of mind) and 2) The CSI effect has spread to prisons. You know the CSI effect, every television show solves complex crimes at a rate of three an hour. The Shawshank, Green Mile and Prison Breaks of popular media set an expectation of belief that every jail, prison and detention center is an impenetrable bastion of concrete and steel. Some are…many aren’t.

So, I changed the narrative in my story to make it a big complex hairy deal to break out of a minimum security prison, and that’s fine. If readers want that fictional approach to help them sleep at night, that’s okay. What should keep people awake at night is the real story, where that element of society you thought was locked away forever, can push out a window screen and slip away.