In Prison — Seeing Is Believing

What happens in prison usually stays in prison. Kinda like a bad Las Vegas honeymoon. Nobody wants to know the depths of the debauchery that goes on in either place.

When I worked as a department of corrections administrator, we were often burnt at the stake when a criminal decided to do a bad thing. Keep it out of the press was the general rule. Not because the Governor’s Office wanted to hide anything, it was because the public doesn’t understand what happens in prison, or on parole, and if the day-to-day details were streamed into regular social media channels, it would scare the bejesus of out John and Jane Q. Public.

In California, (according to CDCR’s incident report data) 20 inmates escaped from state prison and camps in 2012. Down from the high of 75 escapes reported in 1995. Since 1977, 19,342 inmates have escaped from CDCR custody. 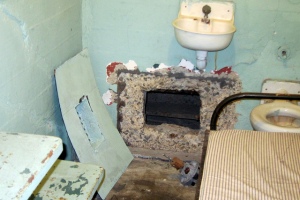 In the last year reported, (2006) there were over 14,900 incidents in California state prisons and camps, 9,000 of these were acts of violence committed by inmates on staff, visitors and other inmates.

I want to point this out, because the general public doesn’t want to know what happens behind the walls. It’s a bad place, where bad people go and they continue to do bad things. The staff who work in this environment do an incredible job keeping the lid on with increasing restrictions, federal court interference and 3,873 of them were assaulted by inmates in these facilities. The general public sleeps soundly without the clue of what happens on the inside. 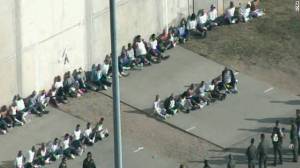 When I write about prison and criminal justice related topics in my stories, I’m often challenged by an editor, or reader, over a plot point– “That can’t possibly happen.” I had to rewrite a section of a book because an editor (not my current publisher — they get it) couldn’t believe that an inmate could walk away from a minimum facility. “They can’t do that! They are in prison.” Well, the 19,000-plus escapees since 1977 beg to differ.

My current book, AT WHAT COST mentions an inmate getting a knee replacement surgery and a reader questioned that a prisoner could get such a procedure done while incarcerated. Inmates have outpatient procedures and surgeries done on a routine basis, gender reassignment surgery included, while in prison. And  inmates have quicker access to specialty services than you and I do.

Then there is the bad parolee who does a bad thing (someone who has the judgement skills of a nose-blind mouse in front of a cheese block). The knee jerk political reaction is to find a scapegoat  — a staff member who did something “wrong” to allow the bad thing to happen. Instead of some accountability on the person who made the bad decision in the first place — the parolee, the politicians smell blood in the water to use for their next campaign. In contrast to popular notion, parolees are in the community and while they have restrictions on their freedoms, there is no magic wand parole agents have to make the parolee behave. The pendulum has swung in the opposite direction, making parole violations or returns to prison for minor infractions difficult.  What incentive is there for compliance? The parolees know they won’t get returned to prison unless they are caught committing a new crime.  And the cycle continues…

image via the fog city journal

What happens inside — sometimes you have to see to believe.

← Why I Don’t Post About Politics
The Season of Trolling →