Lord of the Flies

The social aspects of what goes on behind prison walls are really kind of fascinating. For those who worked there, we recognize the yard dynamics are something out of William Golding’s, Lord of the Flies. In the 1954 novel, a group of boys are stranded on an island and quickly devolve into savage power struggles.

Like the book, men come to prison largely unknown to one another. Instead of a group of choir boys, the convicts are more often then not, versed in the fine arts of gang culture through the junior varsity of social groups, like the 18th Street Gang, Rolling 60’s Crips, or any flavor of race-hating Skinhead faction. A thirst for power like a street gang member had on the outside, disrupts the balance on the prison yard. 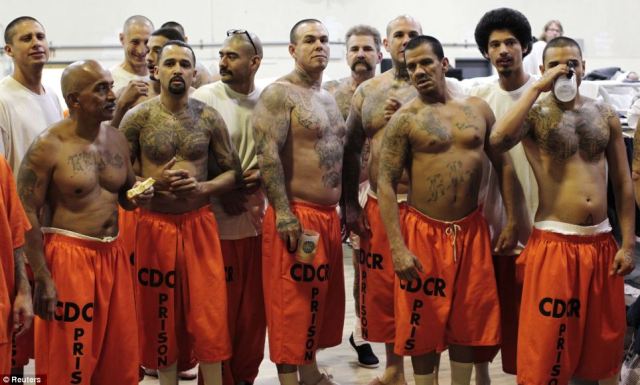 On the yard, inmates divide into rival groups and stake out their claim to territory and accept allegiance to a leader. While food and shelter are a given on this prison island, the inmates compete for the most lucrative job assignments (lucrative for what they can manipulate and steal from the job, like food from the dining room, or access to a more restricted part of the prison.) The convicts with some status in the group don’t have to do the work and relegate drug smuggling and pressure moves to the lesser members. There isn’t a Conch Shell in prison, an icon that represents power as it did on Golding’s island. But there is something tangible on the inside that marks those with power over others. Drugs, weapons and a trail of blood lead to those with power.

The “Piggys” of the prison are pressured, manipulated and smashed just as surely as in Golding’s world. And the factions engage in rituals to convince themselves that “the beast” isn’t real, or they identify prison staff as the monster. Yet, by their own behavior, (Northern Mexicans shaving their heads before they  kick off a riot on the yard, the Black Guerrilla Family exercising to hate-riddled chants, and the Aryan Brotherhood loudly sharpening metal into blades on their cell floors at night) they prove that “the beast” is within them.

Years ago, I published my Masters Thesis on a social phenomenon called prisonization. The basic concept is that convicts become less socialized to community norms while incarcerated. The longer inside, the more they identify with the prison subculture. However, at a point near release, or parole, the prisonization curve drops off, and the convict shifts back to more acceptable community norms. However, in a prison full of lifers, or men doing life on the installment plan, there is no incentive to adjust to community standards. They devolve into the factions described in Golding’s Lord of the Flies.

The main deviation from Golding’s work, in comparison to the prison, is that the convicts have no reason to build and maintain a signal fire. (aside from lighting their mattress, or cell mate on fire)  There is no rescue coming for them. And frankly, many of them don’t want to be rescued. They’ve adapted to life on the inside — the only place where they have felt success, power and respect.

the aftermath image from the democrat chronicle.com

Prison and the Lord of the Flies have more in common than you might think. And I’m writing a new story using some of this inside out thought–what works for you inside won’t get you anywhere on the streets.