Serial killers are in the news again because of the long-awaited demise of Charles Manson and the November 29th arrest of Howell Emmanuel Donaldson III, the 24-year-old man accused of four murders in the Seminole Heights neighborhood of Tampa, Florida.

The Donaldson arrest came after a 51-day manhunt for the South Florida killer. The McDonald’s employee and former college basketball player asked his manager to watch over a paper bag while Donaldson went to secure a payday loan. He said he wanted to leave the state. The manager became curious, saw a loaded Glock handgun in the bag and took it to a police officer who happened to be writing up his reports in the fast food restaurant. The gun, coupled with blood stains on a hoodie, and phone GPS tracks that put Donaldson near the murder scenes, made for some pretty damning evidence.

When confronted with the facts against him, Donaldson offered no confession. Instead, he admitted the gun was his but denied killing anyone. There is no motive ascribed to the killings and Donaldson isn’t talking.

Most police agencies aren’t familiar with serial killers and the methodologies they employ during their kills. In the Donaldson case, media information about the crimes made a co-worker suspicious enough to look in the bag, discovering a handgun. A citizen came forward and told an officer what she’d found. Lives were saved because–chances are Donaldson would have continued to kill until he was caught. Would he have been found out? This reportedly quiet, polite young man? 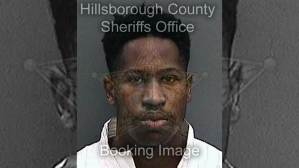 Profiles and statistics try to fill in the gap and direct law enforcement to a likely suspect pool. Characteristics might include race, education level, military service, criminal record, employment history, and mental health diagnosis. As these characteristics begin to come together, a suspect pool becomes narrower. 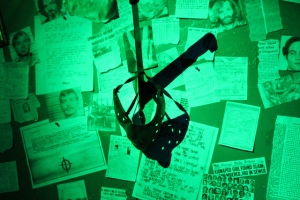 image by circle of ash via flickr creative commons

The Donaldson case is troubling in that it does not follow the expected behavioral patterns exhibited by known serial killers. Profiles and statistics could not point to possible suspects in the community. The FBI looks at crimes such as the Tampa killings and explains there are 6 factors investigators use to focus their work in cases where a serial killer is suspected:

Geographic: The offenders’ choice of victims may be limited by where the potential victims are found. In Donaldson’s case, investigators initially believed (falsely) that he lived in the Seminole Heights area because he seemed to disappear after the shootings.  The FBI indicates the racial/ethnic mix of a community may indicate the race of the offender and give the killer an ability to move freely throughout a community without being noticed.

Type of victim: In the south Florida murders, Donaldson didn’t appear to target a specific type. The four victims ranged in age from 19 to 60, one was female and three were Black. Random–and that is an unsettling thing in a murder investigation. If an offender gravitates to a certain type–prostitutes, or convenience store workers, for example, a motivation for the killing may start to develop.

Means of accessing victims: The contacts with the victims appear to have been random. The single common thread between the victims was that they had exited from, or were waiting for a city bus. One was shot at a bus stop, another on a dark street corner. A third was killed crossing the street, and the fourth was shot while walking home. All were alone on public streets after dark. From the information available, there does not appear to have been an elaborate ruse, or con to get the victims in vulnerable situations. Investigators had no information to assist in determining his next victim, or his criteria used to select them.

Use of weapons or manner of death: We know now that Donaldson picked up a legally purchased a .40 Caliber Glock two days before the first killing. Three of four victims were shot multiple times, the fourth was shot once in the back of the head.  No particular skill with the weapon or pattern of wounds was disclosed which would lead investigators to the suspect. The shell casings found at the crime scenes helped identify the weapon, as did a forensic analysis of the bullets–all came from a single .40 caliber Glock.

Body disposal location/manner: Donaldson falls into the category of serial killers who do not transport the victim from the crime scene as leave the victim “as is.” There was nothing to suggest the offender’s familiarity with the area or nature of the relationship between the offender and the victim.

The seemingly random nature of the killings didn’t give the investigators much to work with and even less insight on what motivated Donaldson to kill. The established profiles of serial killers–even those with multiple motivations would have pegged the suspect as white with a prior criminal history. The use of profiles and statistics alone failed to move this case to closure.

In this instance, a well-orchestrated media campaign was able to raise public awareness to the point where a McDonalds’ manager knew something was off when her employee handed her a bag for safekeeping. Sometimes that’s all you get, one break. The investigators used that opening to gather the weapon, obtain Donaldson’s bloodstained clothing and GPS data that put him at the crime scenes. More than one homicide detective has commented that a misstep by the suspect was often the event that led to an arrest.

Bringing behavioral science into criminal investigation can provide another tool for detectives. It cannot, however, replace good investigative work, pounding the pavement, and talking to people in the community. Donaldson may still be out there targeting victims, if not for the heightened awareness of the fast-food supervisor, and the recognition by a beat cop that the loaded Glock matched the weapon used in the killings.

It begs the question–how many serial killers are out there, actively hunting? Thomas Hargrove, a researcher who’s collected data on over 715,000 murders, believes that there is sufficient evidence to state that there are 2,000 serial killers active in the country at this time. He’s quoted in the New Yorker suggesting that law enforcement often doesn’t have the data to connect a victim to a specific killer and the Murder Accountability Project may be a tool to help connect these bloody dots.

image by jobs for felons hub via flickr creative commons

Without profiles and data, what do we have? Good police work and community outreach ended this serial killing episode. In spite of the television characterization of scientific offender profiling, it may be more art than science.