The morning of April 25, 2018 marked the end of a decades long search for one of California’s  most prolific and violent serial criminals. Joseph James DeAngelo, Jr. was arrested at his home in the Sacramento suburb of Citrus Heights.

DeAngelo’s alleged crimes earned the title of the The East Area Rapist, The Original Night Stalker, The Diamond Knot Killer, The Visalia Ransacker, and the Golden State Killer. He is alleged to have perpetrated over one hundred burglaries, fifty-one rapes, and a dozen murders in his criminal rampage that began in 1974 and stopped abruptly in 1986.

Neighbors of the 72 year old DeAngelo reported that they were surprised and stunned at the arrest. News accounts from those who lived nearby characterized the man as somewhat reclusive and occasionally angry when someone came too close to the home’s fence. The man was a father of three girls, one of who was reported to have recently moved in with DeAngelo along with her young children.

The first act attributed to DeAngelo occurred on March 19, 1974, in Visalia, California, when a home was burglarized. Small personal mementos were taken, medallions, a single earring, blue chip stamps, and women’s undergarments. The burglaries in the Visalia area became more bold, occurring with the home’s occupants in their beds. On two occasions, the perpetrator used a firearm to escape; once firing at a Tulare County detective who had staked out the house as a possible prowling target, and the once at Claude Snelling who interrupted the Ransacker’s attempted kidnapping of Snelling’s sixteen year old daughter. Snelling died from the gunshot injuries. This murder has yet to be officially linked to DeAngelo even thought the weapon used was found to have been stolen during an earlier Visalia Ransacker burglary.

DeAngelo was reported to have been a Police Officer in the nearby small Tulare County town of Exeter, California. He served as an officer from 1973 to 1976. DeAngelo left the area shortly after the shooting encounter with the undercover sheriff’s deputy.

In August 1976, he took a job with the police department in Auburn, California, a small northern California town in Placer County. Placer borders Sacramento County where the East Area Rapist began his attacks in June of of that same year.

The first fifteen reported rapes (June 1976 to March 1977) were of women who lived alone in the Sacramento area. Witness and victim statements report that the attacks seemed well planned, carried out by a masked white man who threatened to kill them if they didn’t comply. There were often reported prowling incidents and strange threatening phone calls in the days that preceded the attacks. Investigators believed the East Area Rapist was “watching” his intended victims.

In April 1977, the attacks escalated with the East Area Rapist selecting residences with couples asleep in their homes. The men were tied up, often with plates, or china balanced on their backs. If the perpetrator heard the dishes fall, he threatened to kill the female partner. Another sixteen attacks occurred in the Sacramento area over the next twelve months.

In February 1978, Katie and Brian Maggiore were shot to death in the yard of their Rancho Cordova home. It has been suggested that they inadvertently stumbled upon The East Area Rapist as he was prowling about their Sacramento area home. They are the first two murder victims directly attributed to DeAngelo.

That killing changed the pattern of East Area Rapist attacks. The new crimes occurred primarily out of the Sacramento area in the cities of Stockton, Modesto, San Ramon, Concord, Danville and Walnut Creek for the better part of a year, from March of 1978 through July of 1979.

In September of 1979, DeAngelo was fired from the Auburn Police Department following a conviction for shoplifting. He was found to have stolen dog repellant spray and a hammer. He refused to tell authorities why he’d stolen the items.

Two months later, the crimes took a vicious turn. In October 1979, when a Goleta couple (Santa Barbara County) was attacked in their home. The intruder told them he was going to kill them, but the crime was interrupted and the assailant escaped. This would be the first of the so called Original Night Stalker cases.

Two months later, a couple was shot to death in their home. Over the following months ten people were bound, tortured, and murdered by the Original Night Stalker. The last known attack occurred on May 4, 1986 in Orange County, California.

Then the attacks stopped.

Investigators found a consistent pattern in the unique knots (Chinese knot, or a diamond knot) used to bind the Original Night Stalker victims were identical to those used by the East Area Rapist.

DNA collection and analysis for forensic purposes was relatively new in 1986. Semen and other biological samples linked the East Area Rapist and Original Night Stalker cases in 2001. The DNA was said to have come from an individual who was a “non-secretor” meaning the body fluids would not contain an ABO (Blood Type) to help identify a suspect. Only twenty percent of the population are non-secretors.

In 2016, the 40th anniversary of the first East Are Rapist attacks, the Sacramento County District Attorney, convened a task force of statewide law enforcement agencies, along with the FBI and added additional resources to the hunt for this elusive killer. A $50,000 reward was also posted. The tips and calls began…

The press conference following DeAngelo’s arrest featured that investigators had focused on DeAngelo only for the last week and had begun surveillance on him. They followed him and retrieved “discarded DNA” that DeAngelo tossed. Presumably, a cup, bottle, or cigarette butt. That DNA evidence was processed through “innovative” techniques and identified DeAngelo as the culprit.

What is yet to be revealed is what specific information led authorities to focus on this one man, who had lived in his Citrus Heights home for thirty years. 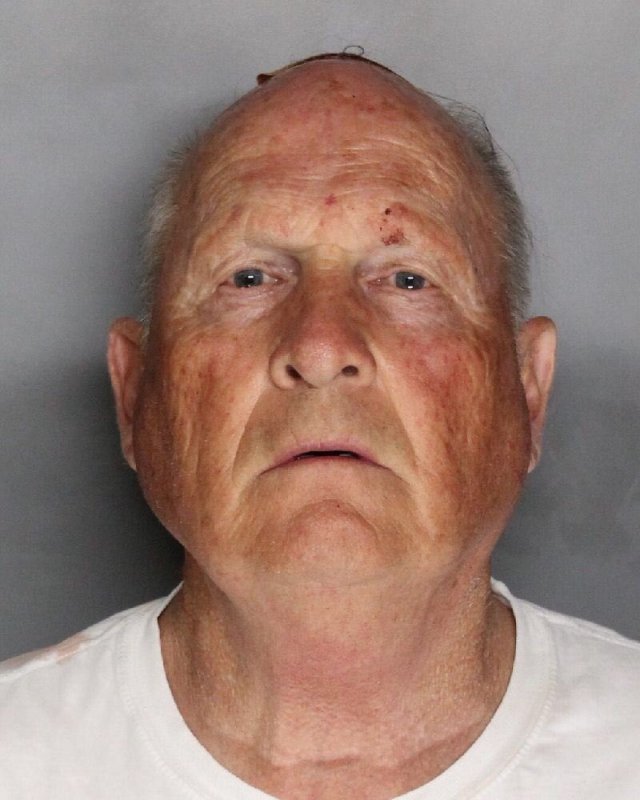 At 72 years of age, he might not live long enough to see death row, but he will join the roster of infamous Sacramento serial killers that, for some strange reason call the region home.