Stockton Police made a dramatic arrest in the case that plagued the city in recent weeks. On October 15th, Wesley Brownlee was taken into custody while authorities believe he was out hunting for another victim in the central California city. The city of Stockton is not unfamiliar with gun crime and homicide. The city of […]

Another year gone and another silent anniversary without answers. Twenty-eight years have passed since the 1991 slaying of an entire family in the upscale Land Park neighborhood of Sacramento. On January 15, 1991, Marcy Jacobs didn’t show up to work as a data processing technician at the Department of Justice. A concerned co-worker called the […] 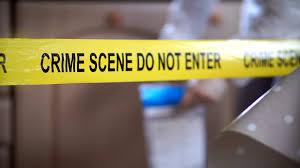 The unmasking of the Golden State Killer came by unusual means. Unusual in that Joseph DeAngelo Jr. wasn’t caught through surveillance, or from a tip that came through a jail house snitch, or from an eyewitness account of the crime. The murders and rapes suddenly ended decades ago and the trail went cold. When a […] 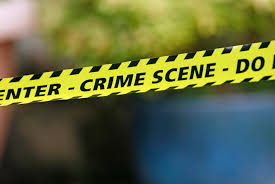 Over the past few months, I’ve shared the stories and investigative details behind some of the Sacramento region’s most notorious serial killers. This Northern California community has suffered more than its share of violence inflicted by a specific type of killer–one with a taste for the crime. According to the Radford University – Serial Killer […]

Serial Killer Profiles – the I-5 Strangler

Northern California killers have popped up in the headlines again with the announcement of new murder charges filed against Joseph Deangelo, Jr., the Golden State Killer and East Area Rapist. Sacramento District Attorney Ann-Marie Schubert also revealed this week that all of the murders attributed to DeAngelo will be prosecuted in Sacramento. The trial will […]

A little over a week ago, DNA evidence was used to arrest Joseph James DeAngelo, Jr. for a laundry list of crimes that occurred from the early 1970’s through 1986. The series of rapes and murders were savage, and captured the imagination and fear of Californians. When would the East Area Rapist/Golden State Killer strike […]

The morning of April 25, 2018 marked the end of a decades long search for one of California’s  most prolific and violent serial criminals. Joseph James DeAngelo, Jr. was arrested at his home in the Sacramento suburb of Citrus Heights. DeAngelo’s alleged crimes earned the title of the The East Area Rapist, The Original Night […]