Social media drives me nuts. Those who know me might argue that it’s a very short trip to that particular destination. Still, the wild and woolly web is a place that brings out the worst in people. And social media magnifies it to Hubble telescope proportions.

Occasionally, I’ll post about an Old Guy’s Guide to Social Media, because I’ve become that “Get off my lawn guy” when it comes to all the pearl clutching, virtue signaling, and general mean-spirited stuff on social media. Sure, the Facebooks, Twitters, and Google hangouts serve as a tool to connect all of us together. But, lately, it seems to be pulling us apart.

What Are you Trying To Say?

We live in strange times. Busy times. Times in which personal beliefs come under attack. And sometimes, that attack becomes an unflinching dog pile on folks who don’t think like you, don’t worship the same way you do, or, they look different than you. Social media has replaced dialogue and informed debate. Instead of hearing someone out to find out what makes them tick, we now have silos of endless diatribe, all chanting the same invocation to placate the Gods of our particular social consciousness. But, what are we trying to say? It all sounds good and soothing because we are all on message, saying the same thing–until it isn’t.

We’ve all seen the comment threads on social media when that one person dares to share an alternate viewpoint. Too many times, the counterpoint isn’t heard and unpacked, it’s reacted upon. And reacted upon with a vengeance. “How dare you post this on my timeline?” “Go peddle that somewhere else.” Or, the classic ultimate take my ball and go home move, “I’m blocking you.” A scarlet letter–I don’t know maybe C, for Contrarian, is seared in the person’s digital forehead. The end result is your timeline and comments remain “pure,” at least in your mind. There is no room for anything but lockstep adherence to your message. You’re wrong and I’m right.

When you surround yourself with people who believe in the same things you do–it provides a warm and fuzzy feeling of sorts. Comfortable, unthreatening, nothing unexpected, or challenging to the world as you want it to be. We all do it, if we’re honest about it. I have facebook pages were I connect with other writers–about the craft and business of writing, with law enforcement and prison groups on issues of policing, use of force and crime, and so on–you get the idea. What becomes artificial and worrisome, is to think that your circle of friends and their belief systems on social media are actually real. They aren’t. People will say and post one thing on social media, from the comfort of their own home, that they wouldn’t dare to utter in public. Supporting a political position, party, or candidate, as an example. So, we fall back into the echo chamber of our shared beliefs because its a safe place. Safe–but it isn’t real.

When we cut off legitimate, civil discussion, we run the risk of alienating people who don’t think the same way we do. That is when the trolls strike. If you won’t let me comment on your issues of race, or social policy, I’ll show you. I’ll invent my own post (or whole profile) out of smoke and bitterness and I’ll get more like and shares than you. Then it swirls around in an unending game of digital Jenga–and we all know how that game eventually ends. Social media has become a swirling pit of bitter, nasty, and frankly, scared people. It isn’t very social when you think about it. For the love of everything holy, I can’t figure out why people are willing to accept anything posted on Facebook, for example, as the honest unvarnished truth. It ain’t news and is a far cry from what used to pass for journalism. There may have been something in the news recently about foreign governments filling facebook with divisive propaganda. And why wouldn’t they?

We all have issues that we are passionate about–things that are central to who we are. Does every single person on the world wide web need to know about it? Do you feel like you have to comment on every single post that goes against your belief system? There is a certain power in scrolling on past. People boycott, block, take periodic siestas from social media because they get burnt out from all the outrage and non-stop bantering, ignorance and bullying. I can’t get wound up and rage against every single thing posted because I don’t have an infinite amount of fucks to give. I save them for when it’s really important and it won’t be on social media. Posting something on social media won’t stop the world from burning–but it could add gas to the fire. 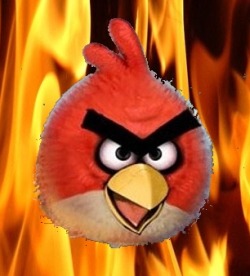 Okay–thanks, and I’m getting off the soap box. I’ll burn that box. Now get off my lawn.