SHU Basics for the Crime Writer

Recently, I attended ThrillerFest in New York and the Public Safety Writers Association Conference in Las Vegas. Both great venues for talking the craft of writing and picking up a few tips on making your crime fiction true to life. During conversations at both of these very different gatherings, the topic of solitary confinement and “the hole” came up. Folks were interested in what really happens in prison when a convict does something against the rules. Especially, when it came to placement in the SHU (pronounced “shoe”).

When you’re writing about a misbehaving inmate being tossed in a deep, dark cell in the bowels of a prison, the first thing that comes to mind is the movie Midnight Express. Now that’s a prison experience for you. But, it’s not the typical American prison and you can’t base a modern day story on that kind of plot line because it simply isn’t plausible. 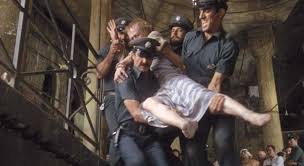 Not SHU II at Folsom in the 80’s, just saying

Rule infractions occurs–yes, Virginia, inmates continue to act out after they are put in prison. It’s amazing that they don’t stop being criminals and predators because society sent them away. They continue to break rules and commit crimes; everything from theft, sexual assault, to extortion and murder. Depending on the nature of the offense; disrespect, failure to report to work, delaying count, or theft of some other inmate’s property, the inmate will be “written up” and issued a rules violation report. He won’t necessarily be rehoused, and certainly wouldn’t be placed in lockup.

Lockup, or Administrative Segregation is a temporary restricted housing unit. Think of it as a jail within a prison. All prisons have an Ad Seg unit. This is where inmates are held while their serious rules violations are adjudicated. This housing is used when the nature of the offense, or the inmate’s presence in the general population poses a threat to the institution, or to the inmate. For example, if Johnny stole canteen from a prison gang shot caller, he might end up in Ad Seg for his own safety. 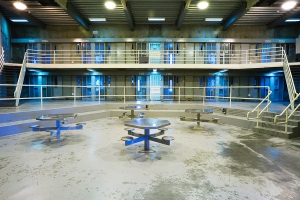 Contrary to television and popular media, an officer can’t randomly pick an inmate and drag them off into the hole. Placement in Ad Seg comes with due process protections, with multiple level of review and is approved by a classification committee action. The rules violation is also heard within specific timeframes, and the inmate is allowed to call witnesses, present a defense and get a copy of the charges against them. The balance that’s hard to achieve when writing about this is that the reader may not need to know all the ins-and-outs of the process to maintain a plausible storyline. I had to really cut back on the detail in a recent short story where an inmate had her disciplinary hearing held and I had to omit the due process mumbo jumbo because–for a short story– I didn’t have that kind of real estate to work with. The basic idea was there–she broke the rules and the institution took time, lengthening her prison sentence.

After an inmate is found guilty of a serious violation, let’s say possession of a weapon (the sharp stabby kind), the Senior Hearing Officer recommends a loss of credit–think of it as time added to the inmate’s sentence. This might be in addition to a new criminal charge if the local district attorney has filed on the case. That disciplinary finding goes before another classification committee and they may then choose to impose a SHU term–a placement in a Security Housing Unit. For men, there are two SHU units, one at Pelican Bay and the other at Corcoran State Prison. I’m not dealing with what happens to inmates with SHU terms and a serious mental illness, or validated security threat group (prison gang) members, because those involve another complex set of processes. The women’s SHU housing is at the Central California Women’s Facility near Chowchilla. To give some perspective, out of approximately 150,000 inmates in California, less than 2,000 end up in SHU. 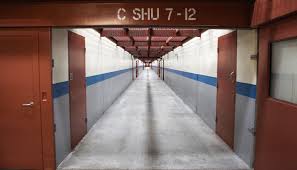 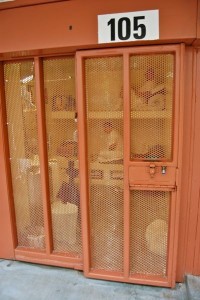 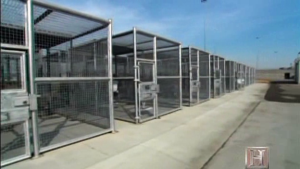 Once you’re there, you can picture an inmate in a “walk alone” exercise yard because he has accumulated too many inmate enemies over the years. He won’t be put in a position where he can assault another inmate, or they can get revenge on him. He may have a cell partner, so the old-timey concept of solitary confinement doesn’t really hold up. He will be allowed visting and will have his meals in the cell, as opposed to a general population dining room. There are standards for how much out of cell exercise time an inmate must have, the temperature of the food, the condition of the bedding and almost every other activity in the unit. I’m using California as my example, but as it’s the largest prison system in the country, it will probably hold up well as an example in your writing.

A placement in SHU–for a rules violation–results in a determinate term, just like a prison sentence. It is a prison within a prison in that regard. Weapon possession might carry a term of 9 months, for example. When the term is near completion, another classification committee reviews the current factors and makes a decision where the inmate’s next housing location should be based upon the level of security required, health and mental illness factors, enemy and gang concerns, just to name a few. Other processes happen to make certain the placement is within departmental standards and all procedural safeguards are met. 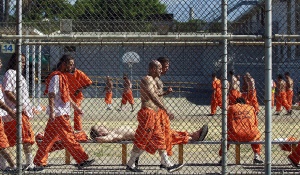 So when you’re writing your story, remember not every prison rules violation will get you locked up, Ad Seg is like a jail and SHU is a prison within a prison. SHU is hard to get into–you have to earn your way there and you can imagine the collection of inmates that you’d come across in a unit like that–prison gangs, violence, attacks on staff members and inmates who pose a high escape risk. Now there’s a setting for a good story…