I’m in the early stages of drafting a new novel. My recently released thriller, Little River, (cheap shameless plug) confirmed the importance of research on the subject matter. The details make all the difference between a meh story, and a good story.

The overarching theme in Little River is human trafficking and the new work in progress tackles a similar subject, the flow of illegal immigration through the Southern borders of the United States. You can’t turn on the television news, or open a paper without a story or two on this politically charged issue. California sponsors run endless loops of television commercials pleading for free medical care for all undocumented persons and annual legislation floats around the state capitol advocating drivers licenses for illegal immigrants. In contrast, Arizona drafted the nation’s toughest legislation to curb illegal entry, with provisions to demand the identity of anyone they happen to come in contact with on the streets.

During the time I worked in prison, I talked with scores of men who told me about their trek across the border. The reasons for leaving home and coming here were all similar, the promise of a job, money to send back to the family, or a chance to get a new start in a new country. Some, take a wrong turn and end up in prison. In California’s prisons, nearly 20,000 inmates are illegal aliens, serving a prison term before they are deported back home, or turned over to federal custody. Unloaded from a bus at a border crossing by Immigration and Customs Enforcement doesn’t prevent reentry, it only delays the return trip.

The pathways to a new life haven’t changed over the years, fences and patrols may alter the trails, but new tunnels and paths sprout up to exploit gaps in border security. Some make the journey on their own, but many use a “coyote,” a escort paid to get the person safely across the border.

Coyotes have been in business for decades, getting rich off the payments they receive from the families of the people they smuggle across. There are countless tales of extortion, demands for additional money before they release their human cargo.

In recent years, the drug cartels South of the border have taken more control over the trafficking routes and force the coyotes to pay for passage through the cartel controlled plazas. Cartel gunmen take head counts of the coyote’s passengers and collect the toll. If the coyote underreports the number of people he’s smuggling, everyone is pulled from the vehicle, and the cartel burns the vehicle. The coyote is dealt with, often violently. 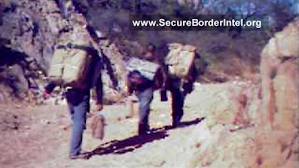 Among the passengers, the cartel pays people willing to smuggle drugs across the border for the organization. The cartel frowns on greed and makes bloody, visible examples of coyotes and smugglers who tried to steal, or cheat the gang.

This dynamic serves as the backdrop for my new novel, where the Sinaloa Cartel expands its influence across the border into the Sonoran desert region of Arizona. Immigrant families caught in the crossfire, law enforcement officials handcuffed by politics are pinned between rival cartel factions in the struggle for control of distribution.

In a violent world where money talks, who will stand up against the cartel?

Check back from time to time and I’ll share characters and little story nuggets with you.