A Good Time To Be A Writer

July looks like it will roll out as a good time to be a writer.

There must have been a planetary alignment sending geospasmic energy into the creative portion of my grey matter. I have no other explanation for the coming together of words and word things. 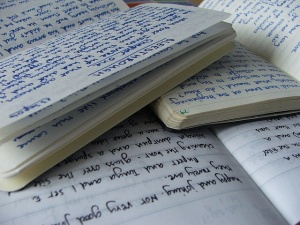 During the month, I managed to complete a draft of a novel manuscript, a story about the black market trade in human organs that I’ve been kicking around for a couple of years. Tons of research on organ transplant and harvesting, and by the way, it makes for an awkward conversation with your doctor when you ask about keeping an organ on ice.

I like to let a fresh manuscript marinate in a drawer before I dive into edits and revisions, so I started outlining a new project, a novel dealing with illegal immigration and the drug cartels along the Arizona border. I’ve tried to outline before and never really had any degree of success with the process. I tend to be a pantser rather than a plotter and the idea of being handcuffed to an outline scares the crap out of me. I’ve tried it before and following plot bread crumbs is mind numbing.

Enter the geospasmic forces. In spite of my prior failure at outlining, I dove into the new story and began scratching out an outline. Something happened. Something unexpected. A story outline started to form out of the mist and this time, it didn’t feel restrictive, or snooze-worthy. Within ten days, forty-four chapters were outlined, and the end of the story seems within sight.

So what was different this time?

The new novel is my eighth and that experience may have something to do with it. But, something else happened that I didn’t expect. I started trusting myself. Trust in crafting a story and trust in developing characters that will unfold into a novel that I’d want to read. I told the nit-picking self editor to shut the hell up and trusted in the process of getting the story out, then letting the narrative fill in until the revisions massage and polish the end product.

Trust and just letting go, it sounds too simple. And I think that is the key to my particular writing madness. Make it too complicated, over think every word choice and I’m prone to keyboard lock. Maybe it’s a form of writer’s block, but I know what I want to say, but the brain-keyboard connection becomes a slow dial up modem when I allow the self editor in the process.

At some point, I’m certain the geospasmic forces will shift. But for now, I’ll run with it. It is a good time to be a writer.