I Want To Be A DVR When I Grow Up

I want a pause button.

When life takes an unexpected turn, from a rejected manuscript or some other personal miscalculation, I want a pause button.  I should be able to unbutton my shirtsleeve, roll up the cuff and press my personal pause button.

Think about the times you’ve done or said something absolutely stupid.  We’ve all done it, the politically incorrect comment, or the premature verbal proclamation.  There is no rock big enough, under which to hide your sorry butt.  Enter, the personal pause button.  The second you recognize the words are not spilling from your lips in the intended manner – hit the button.  Instant calm.  Precious silent seconds go by, allowing you to plot a retraction path out of your word slip, toward a happy place. 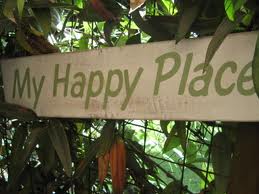 Click – hit the button and correct your course.  I would need to upgrade to a larger, red button to make certain I hit the damn thing while my arms flail away like I’m suffering from some tropical neurological disease.

Trouble is, the one wearing the personal pause button is the person who fails to use the valuable function.  My proposal for future genetic engineers is the installation of a pause button right in the center of the human forehead.  The potential for end of suffering is unmeasurable.  The racist aggravator – stopped, the political hack – stopped, the co-worker who won’t ever stop talking – magically stopped.  The heat in a dictator’s venomous diatribe builds up, hit pause.  The business presentation to the chairman of the board tanking, press his pause button and regroup.

Freedom of speech, you ask?

The founding fathers instilled in us the fundamental right of free speech without fear of governmental reprisal.  We all have the right to spout off on damn near any subject under the sun.  That doesn’t mean I have to listen.  I don’t have to listen to hate speech, verbal bullying and, nor should you.  If we were intelligent creatures, which the nightly news frequently makes me doubt, we would use the pause button before we speak.  If I’m saying something objectionable, feel free to press my pause button.  It’s not censorship if you’re preventing me from stepping into a sinkhole of my own making. 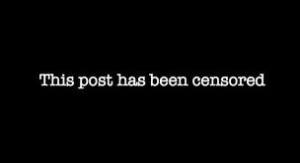 The next generation in our personal pause button is a DVR function.  When I commit a verbal felony, which I’ll admit may have happened once, I’d like to have that 30 second rewind capability to go back and make it like it never happened.  A verbal get out of jail card.  When that genetic upgrade is rolled out worldwide, divorce rates will plummet, domestic violence won’t spiral out of control and the words “I’m sorry” will fall out of use.

Then there will be the inevitable abuse of the fast forward button, cutting off a droning boss, skipping through that boring lecture or mercifully buzzing right through the entire election season.

When I grow up, I want the full DVR functions installed.  It’s not a matter of “if,” only “when” this genetic enhancement will be available.  The only question is who gets to hold the remote.  My wife’s thumb is hovering over my mute button…

← Fear – The Dark Side of Hope
The After Life →