I have this new story idea bouncing around in my head.  It refuses to leave me alone.  The damned thing left a ransom note in a dusty corner of my brain, threatening to hold my attention hostage until I do something. 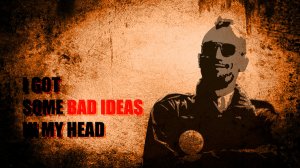 During the years I worked inside maximum security prisons, I came across large numbers of men who exist in a form of suspended animation.  Not in the sense you see in a science fiction movie, these people aren’t frozen in time.  Time has stopped around them.  These men age, stuck at the moment they last experienced freedom.  For some, that was decades ago.

A prisoner lands in confinement in his early twenties with a life sentence, or thirty years for some criminal offense, it doesn’t matter what caused it, he is removed from society, stored away like toxic waste.  During the time the criminal is on the inside, time passes, but without any connection to the real world.  Imagine a man getting locked up thirty years ago.  While he’s been in state-sponsored storage, cell phones, debit cards, computers, e-mail, online shopping, e-books, Starkbucks, i-tunes, DVD’s, electric cars, took over the way we all live our lives.  The prisoner knows nothing about them.

I would hear inmates talking to each other when they would hear a news story about something I thought was a mundane detail of life, when, to them, it was another thing that pushed them further away from those on the outside.  On the inside they control nothing, food, clothing medical treatment, school, exercise time, all arranged for them.  Even the lights and water are turned off and on by someone else.

Many of these men are released back into the streets every year, unprepared for the pace and changes in the way of life on the outside.  Sensory overload.  They’ve come out of a time capsule buried in a prison yard and told to go make something of themselves with the time they have left. 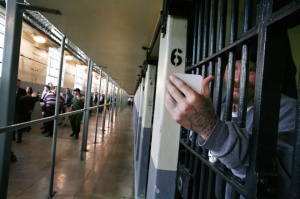 A man leaves prison different than the person he was twenty years ago.  Bitter, out of touch and alone.  His wife and family abandoned him, former friends turned away from him after his conviction and he comes “home” with nothing.  Nothing but a promise.  A promise to find out who sent him to prison for a crime he didn’t commit.

After twenty years, witnesses, evidence and investigators are dead or long disappeared.  Who wants to help a felon?  Police turn him away, newspapers don’t care about old news and only one person, a law school student, takes an interest.  After a brief investigation, the law student disappears.

Some secrets are best left buried deep.  Someone wants to keep it that way.

This could be fun to write.  I need to find the time in between marketing  Little River, getting the next book, Hollow Man ready for publication, and penning a couple other projects.  Gonna be a busy year.

← I Want To Be A DVR When I Grow Up
Reading Goes To The Dogs →
Follow James L'Etoile on WordPress.com