A terrible disease festers in the suburbs.  There is no known cure and it makes the looming Zombie Apocalypse look like an A Ticket ride at Disneyland.  Okay, I dated myself there with the A Ticket reference.  (Note to readers: Back in the Olden Times, you got a book of tickets when you visited the Magic Kingdom.  The tickets were labeled A through E, with the E tickets reserved for the best rides, like the Matterhorn.  The A tickets got you a pony ride on a broken down plow horse.  Let’s just say these were the lame rides and you couldn’t give an A Ticket away.)  Anyway, where was I, oh, yeah, this sickness that permeates the landscape is the Yard Sale.  *shivers*

The yard sale is a pox on society. 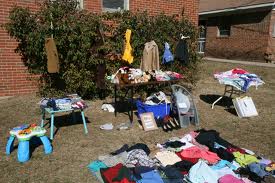 What is it about someone tossing all their left over, broken crap on the driveway, that makes seemingly normal people act like extras in a low budget horror film?  First, the signs go up, often scrawled in purple crayon, or spray paint to announce the grand event.  Then come the slow drive-by’s, hours before the sale is supposed to start.  These greedy souls want to get the first shot at all the “good stuff” you tossed out of your house.  The scent of worn denim and rust are in the air and the yard sale zombies start to slow creep to the boxes and tables out in the drive, after parking on the neighbor’s lawn.   Then, it’s on, like Donkey Kong. 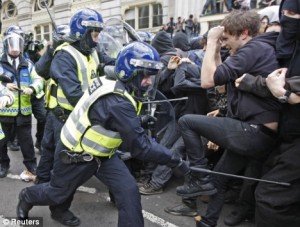 Last Yard Sale on the Block

Then the pulling, the hiding items from other vultures, the haggling and the bickering begins.  I swear it must be like blood in the water to other yard sale hunters.  A feeding frenzy begins and the call goes out.  And they do call.  I once saw a woman pull a walkie-talkie from her purse and tell her hunter-gatherer partner what she had at a particular sale.  Not a cell phone, but a walkie-frickin-radio-shack-talkie, a treasure most likely snatched up at a previous yard sale.

Denizens of the yard sale jungle are not like us.  They are a crusty bunch, prone to using their wild offspring as a distraction to hone in on what they really want.  These “yarders” cut one another off, grab items off the table, just because someone else was eyeballing it.  Get a good look at them now, because you will see them again in television news footage of a mall riot.

Most of the stuff out in the driveway is crap, literally crap.  I do not want to see your used toilet seat displayed like yard art, festooned with a .50 cent price tag.  Some things need to be quietly and discreetly disposed of in your weekly garbage pickup.  Sure, you will find gently used baby clothes, outgrown toys  and other niceties.  These are a sure sign of a rookie putting on a yard sale and the “yarders” will smother that poor person in a cloud of unmerciful torment.  They’ll complain that they shouldn’t have to pay the buck for a pair of pants because they don’t fit right.  Guess what sweetheart, this ain’t Macy’s and I’m not gonna send it out for alterations.

Now admit it, you’ve all had a secret guilty little peek at the People of Walmart photos.  The People of Walmart are rungs higher on the evolutionary ladder than the common “yarder.”  This isn’t a class-warfare, because the “yarders” can hop out of their Acura, Lexus, or Mercedes and turn into bargain swilling Lizard People.  The haggling over .25 cents turns ugly very fast in the jungle.

In case you’re wondering, I hate yard sales. Calling them a garage sale is like putting lipstick on a pig. Before you get all judgey-judgey, I’m not opposed to getting rid of stuff or repurposing old goods into something new. That’s great! I’m talking about the gathering of “yarders” that happens along with it.  Now, my wife has held a few yard sales and I made it a point to be far away when they unfolded.  Once, I drove an hour and climbed the highest mountain peak in our little slice of Northern California (Pyramid Peak 9,985 ft.) to avoid the madness. She enjoys the back and forth, meeting new people and listening to the complaints over the price of my old socks.  I’d rather listen to Yanni whist having a colonoscopy.

Yard Sales are a blight and a sign of The End Of Times.  Only you can cure this disease which eats at our genetic makeup.  Nothing as desperate as a telethon, which is nothing more than a digital garage sale, but the answer is very simple.  Just say no.  Say no to having a yard sale, say no to feeding the Lizard People.  Just donate your stuff to charity.  Without the driveway refuse displays, the “yarders” and Lizard People will become extinct and go the way of the Wooly Two-horned Unicorn. 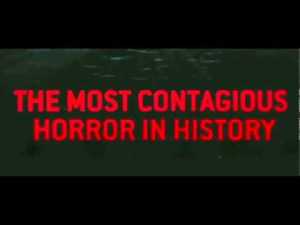 Please, people, for the love of everything holy, make the madness stop.