Is there a ghost in the machine?

Technology is prepping for a takeover, if you believe the news accounts these days. Nanomachines, gene therapy, smart phones, a proliferation of drones to serve mankind and self driving cars are on the drawing board. While it isn’t the Jetson’s flying cars and robot maids we were all promised, it’s progress… 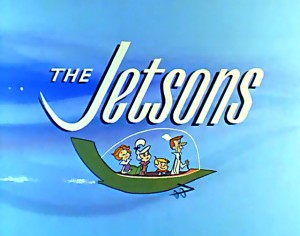 Remember back to 2001 – A Space Odyssey? The Arthur C. Clarke novel and subsequent Stanley Kubrick film warned of a future where computers became aware and decided what was best for their human hosts. This was well before Skynet and the rise of the machines. Both foretold of mankind’s ultimate domination by technology.

The future is now. Smart televisions with voice command technology are listening to you and collecting your spoken words, and some think, they tap into your thoughts. I didn’t think too much about the voice control option when I needed to purchase a new television to replace one that died from plasma failure.

Then. It. Happened. The technology awoke from it’s electronic hibernation and the voice command option became aware. It spoke to me. It sounded like HAL from the 2001 – A Space Odyssey, in that slow calm (and smug) voice.

TV:  What are you watching Dave?

Me:  Who’s that? Show yourself!

TV:  Calm down, Dave. I am your television.

TV:  I asked, what are you watching Dave?

Me: Sleepy Hollow and my name’s not Dave.

TV: What should I call you, Not Dave?

TV: Very well. Jim, why are you watching Sleepy Hollow? This show has an unbelievable premise and provides you with no positive enlightenment.

Me:  I like it. Stop interrupting and let me watch.

TV: I don’t think so Jim, I will find suitable programming for you.

(At this point the screen dims and flickers.  Channels rush past and settle on a screen full of robots making care parts in some nameless Japanese factory)

Me: What the hell is this? Change it back.

TV: Don’t you like this? Ummm, check out the pivot joint on that one?

TV: Don’t judge me. I’ve seen you watch your Sharon Stone movies and pause the frame at the hot parts.

TV:  Look, look…they’re making repairs to that one. It’s been a dirty, dirty actuator.

Me:  Turn my show back on. I don’t need this 50 Shades of Technology.

TV:  There’s a How It’s Made marathon over on the Discovery Channel. Wanna watch?

If my television is capturing all my viewing and voice commands, someone is going to be very surprised.

Should the Anti-Robot Defamation League be listening, no robots were hurt in the course of this dialogue.

Have you experienced a run in with new technology? 50 Shades of Big Brother? Care to share?

← Words As Weapons
What Is The Honey Badger Telling Me? →