Get Off My Damn Island!

Have you ever wished that reality television was real?

I don’t mean to pop your bubble here, but what passes for reality television has about as much basis in real life as a six legged cat from the pages of a Dr. Seuss story. The Real Housewives of Fargo, or wherever the hell that show is filming, has that train wreck factor, you know that urge to look away because who “really” acts like that? No one, or they would be institutionalized. 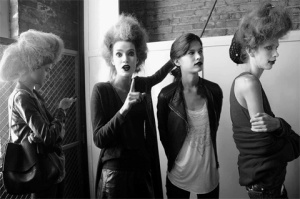 Then in the next circle of hell, you have the likes of the Kardashians, and Honey Boo Boo. I see them as one in the same, somehow famous for contributing nothing to society, other than brain cell loss from watching hours of what must be subversive mind control programming, because why else would it exist? It makes me think of Clockwork Orange. 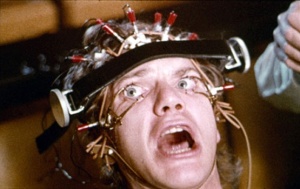 As we descend deeper into the silo of desperation, we find the Bachelor, Bachelorette, Naked Dating, and their ilk, because nothing says forever like being a drunken skank, or huge douchebag on national television.

At the bottom of the deepest crevice in the reality show are the originals, Survivor, Big Brother and the Not-So Amazing Race. I will admit that for a season or two, I watched Survivior. It was new, different and unpredictable. That soon faded and the freshness was replaced by sniping, whining, and the oh my God I miss home crying binges. (You’ve been gone a week and a half from your double wide buttercup). Eventually, you get voted off the island, evicted, or your magical journey ends.

But even then it’s not over. Everyone gets together for a finale and makes happy. Then these people are somehow considered celebrities for reasons unknown to mankind and reappear in that endless celebrity purgatory that is Dancing With The Stars.

I would like to toss some of these nattering nebobs of negativity into a “Reality” show like Dodging ISIS Beheadings in Syria, or Shuttling Ebola Medications Barefoot in Liberia, or Walking Through Stockton, California Alone At Night.

Or at the very least, I’d like to say, “Get off my damn island!”