Five Signs That The Apocalypse Is Near

The End is near. Repent now. 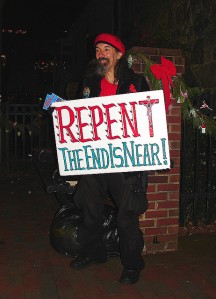 Seems like everyone has a prediction about the End of Days. A rain of fire, earthquakes, a planet killing meteor, or tidal waves of epic proportion; the exact method of human extinction is up for debate. Some look to the heavens to confirm the interstellar alignment of planetary bodies, other scholars consult ancient parchments, or interpret tea leaves in the bottom of a chipped heirloom cup. The signs, according to the doomsday disciples, are out there, if you know where to look. 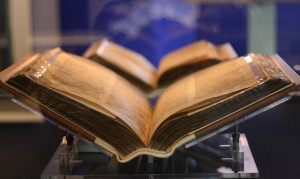 So, I set out on a quest to find out for myself, if the End Times are upon us and confirmation that an apocalypse is at our doorstep. Where to begin:

The news media. If anyone has a foot in the door with what’s going on in the world, it has to be the new media. According to the global press, every prescription I’ve ever taken is causing my insides to rot, the genetically modified food makes me prone to seizures and diabetes and simply watching the news is enough to contract ebola. Too much revenue driven static to find the truth here.

Our elected leaders. Certainly the representatives of the people will let us know if we have anything to worry about. Pull back the velvet curtain, expose a bit of political theater and you’ll find that these fine ladies and gents are too busy fighting amongst themselves for reelection to get anything done. Unless you’re a lobbyist or donor with a fat campaign contribution, you won’t get much help in these hallowed halls.

iTunes. A higher tech approach had promise for a moment, until I found their forecasting ability somewhat lacking. They believed everyone wanted the new U2 album. Shudder.

Then, I found it. The Holy Grail of The Apocalypse and the old parchment scholars weren’t very far off. The TV Guide. 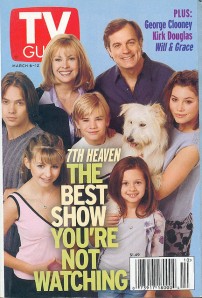 look who’s featured on this cover…

Behold the predictions from the Holy TV Guide (Now it takes some experience to read the future from the listings, so let me help guide you)

Five Signs That The Apocalypse is Near:

1. Film mogul Ridley Scott is developing an ebola series. So this ebola thing has legs, huh? I guess it’s so much different than any other mutant-virus-takes-over-the-world-and-threatens-mankind-with-zombies story.

2. Manhattan (a show about the birth of the atomic bomb) renewed for another season. I think we know how this one ends.

3. The existence of shows like Honey Boo Boo, Dance Moms and Swamp People makes me question the ability of our species to survive, or if we even want to. Adding to the pathetic index are the Bachelor, Bachelorette, Naked Dating and Real Housewives. If some future archeologist digs up archival footage of these “examples of our civilization” we will be judged as backstabbing, drunken skanks who will do anything for a flower.

4. The “Brooding Psychopath” count is up. There are an increasing number of shows with a central character who tips the scale a bit on the plague of madness meter. Breaking Bad, Walking Dead, Dexter, Supernatural, Grimm, Sleepy Hollow, Gotham, Gracepoint, The Blacklist, Hannibal, Forever, Stalker, Under the Dome and the Mindy Project.

5. The Kardashian’s are multiplying. Every damn time I turn around, there is another one of them, pouting and preening into a camera that just happened to be there. This alone should cause a species reset button push. 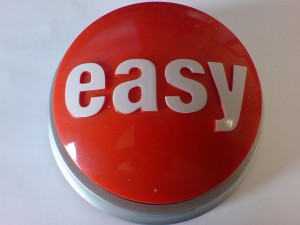 Maybe I need to consult a Higher Source – The National Inquirer. Yeah, that has to have a better outcome for mankind.