It seems every day in the news, there is another radical group looking for recognition, money, or power. Unfortunately for us, one very common method to gain what ever it is that the cartels, jihadists, revolutionaries, or terrorists want is the time-tested kidnap and hostage ploy. 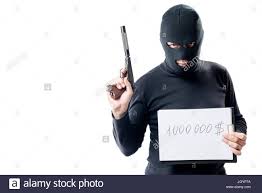 Snatch something, or someone, of value and hold it until the victims (family, corporations, or governments) give in to the demands. Sometimes, the hostage is released unharmed.

It began simply enough. My two year old iMac began experiencing random shutdowns. The screen would suddenly go black. There was much wailing and moaning as the file, or document that I was working with, evaporated before my eyes. When the machine booted back up, the changes and new content were nowhere to be found… 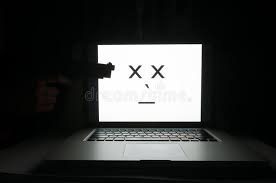 After a couple of days of this maddening cycle of digital torment, I set an appointment with the “Genius Bar” at the nearest Apple Store (an hour away). I lugged my 27 inch monitor iMac into the mall and to the Apple Store for my appointment. The place was packed with customers getting fixes on their latest doomed iPhone update. I waited for an hour for someone to come and help me for my “appointment.”

After I explained what I’d experienced, I plugged the iMac in and as it always does under these forced conditions, the problem couldn’t be duplicated. It booted like a slug stuck in molasses, but it did boot and didn’t randomly shut off. The “Genius” shrugged his shoulders and said I still had 532 days of my warranty…

I got home and plugged the fickle beast in and bam…it shut off almost instantly. The machine wouldn’t comeback to life at all.

This time, I decided to use the customer assistance chat feature on Apple’s website. A few pleasantries were exchanged, and then I explained what happened. She told me I’d have to bring it into a store for repair. And “Back it up before you come in.” She reminded me I had 531 days left on my warranty.

I have regular back ups, but I tried to explain that it’s hard to get a current back up, when YOU CAN’T POWER UP THE DAMN THING.

The next available “Genius Bar” appointment was in three days…

Ms. Apple McChatty did say I could use an authorized Apple repair center. I found one–an hour away and took the comatose iMac in the next day.

The technician plugged it in and I was sweating bullets that the haunted hard drive would suddenly spring to life and make me out a fool–again.

But no. It was dead. I left my iMac in the Apple Repair Hospital and every day for the first few days, I’d get an update.

Each part must be ordered from Apple’s mothership and apparently approved by Steve Job’s ghost before if can be shipped under warranty. Then the next part, and the next, and so on. 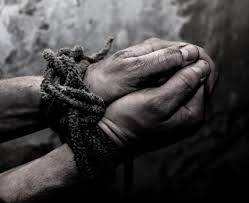 It’s been 25 days since my iMac was taken hostage. I’m waiting for proof of life at this point. I’m anticipating the Lindbergh baby of computer repair. I’ll get a computer part in the mail…

As a former hostage negotiator, I attempted to build rapport with the hostage taker, show empathy for their plight and parrot back their concerns to show that I’m listening to them. These are cold, heartless corporate hostage takers who are trying to run out the clock on the remaining 506 days of my warranty… 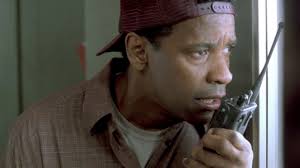 I’m fortunate that I have most of my files back up in cloud-based storage. But If you’ve been expecting a reply from me, you may need to remind me.

On hostage watch. HRT on standby.